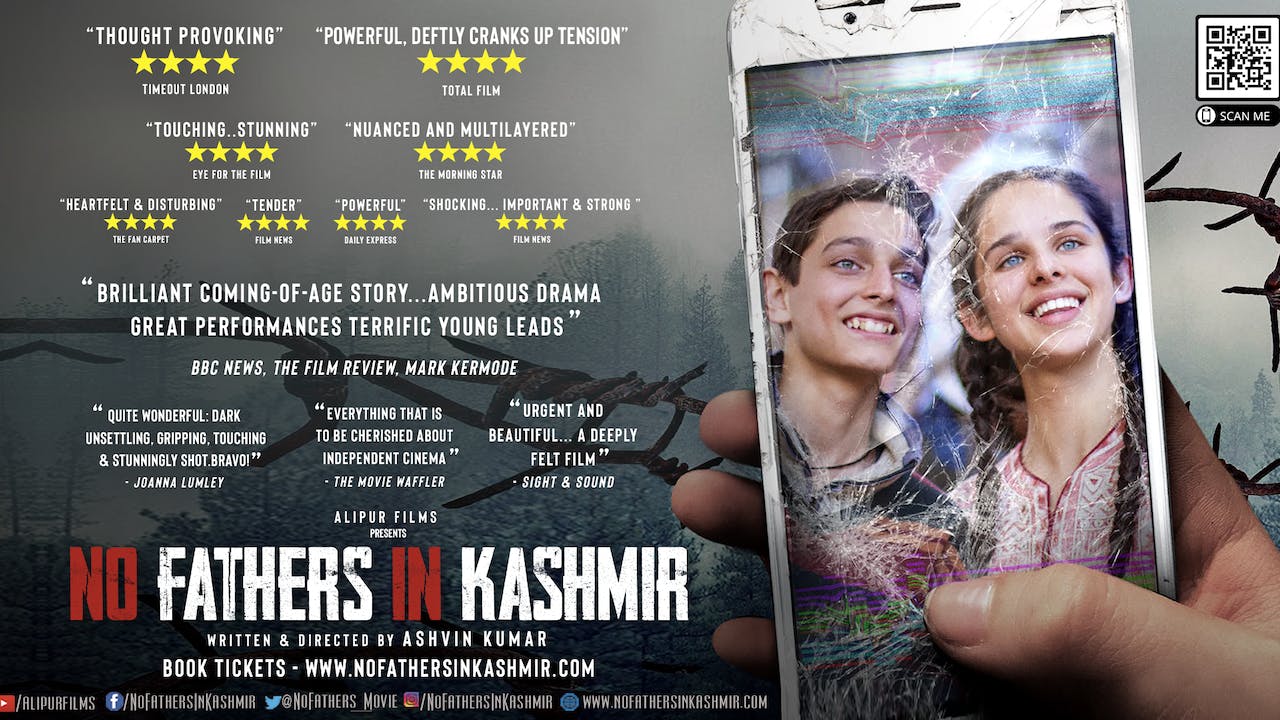 Buy this film with the National Award winning documentaries "Inshallah, football" and "Inshallah, Kashmir"? Click on 'Kashmir Trilogy' get all 3 films for $19.99.

JOANNA LUMLEY
“Quite wonderful: dark, unsettling, gripping, touching and stunningly shot, acted and edited. It’s story was very cleverly framed by the sorrowful situation in Kashmir, giving a glimpse of the endless nightmare that has descended on that Himalayan paradise. Bravo!”

ABOUT
A tender fondness blossoms between Noor (16) and Majid (16) who get lost searching for their fathers’ who ‘disappeared’ decades ago. They spend the night in the woods and wake in a mass grave among piles of bones and skulls of ‘disappeared’ men and the horrific realization that their fathers’ are among them.

REVIEWS FROM ITS INDIA RELEASE :

Fabulous performances...You are transported into that world!' - Alia Bhatt

'Rarely have I see a film so brilliantly written, subtly nuanced. Every citizen of India go and watch it!' - Aparna Sen

'No Fathers in Kashmir is a must watch.' ⭐️⭐️⭐️⭐️ Rediff

'Zara Webb and Shivam Raina shine bright in this dark tale of a paradise at war.' ⭐️⭐️⭐️⭐️Republic World

'The harsh reality of Kashmir that hits you hard.' ⭐️⭐️⭐️⭐️Filmy Curry

'No Fathers In Kashmir must be seen by every Indian. It tells us things we don't want to hear...Tucked away in this despairing cry of muffled anguish is a tender love story which is hard to leave behind.' ⭐️⭐️⭐️⭐️ Subhash K Jha

Download OST from Spotify, Amazon, Google Play, Itunes and all other streaming platforms.